I missed the last two meetings. Lots of things are happening.

Starting with the August meeting, we will alternate where we meet. In August we will meet at Hello Stitch, 1708 University Ave in Berkeley. Then in September, we’ll be back at Bay Quilts. If you have an easily transported chair, you might want to bring it. Hello Stitch has fewer chairs than Bay Quilts.

We discussed the pros and cons of merging EBMQ with EBHQ (East Bay Heritage Quilters). We’ve lost our insurance for our show, Stitch Modern. So to solve that problem, we could officially join the Modern Quilt Guild, or we could join forces with EBHQ. We discussed this a few years ago, and chose then to do neither. Now with the insurance issue, we’re talking about it again. EBHQ is willing to change their name, and drop the “heritage” part. This isn’t as surprising as it sounds since EBHQ has  more art quilters and modern quilters in it than heritage quilters.

Fern Royce has a show with multi-media artist Linda Race at Sweet Adeline Bakeshop. It’s at 3350 Adeline St in Berkeley from 7/2 through 7/30. 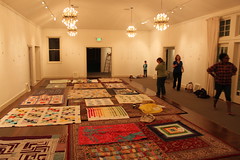 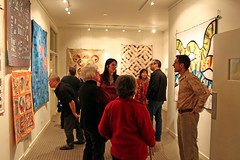 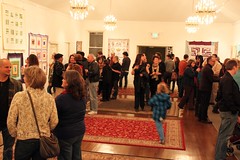 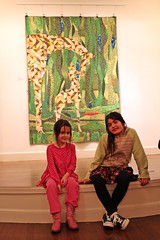 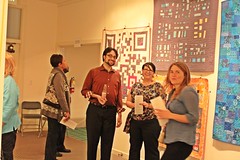 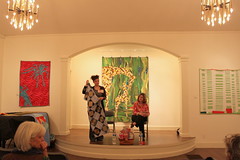 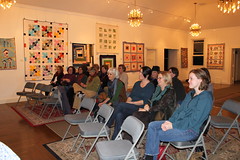 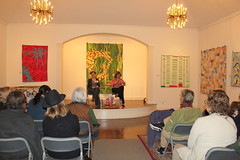 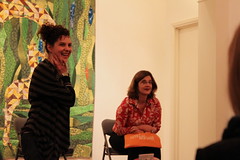 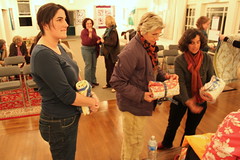